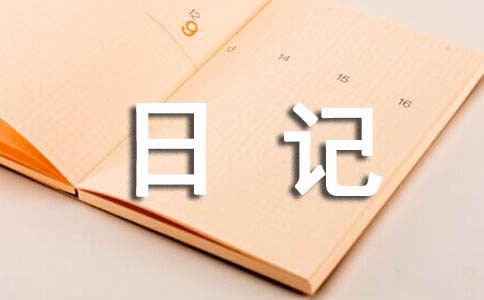 Vancouver in September is autumn, but the sun is still bright and still warm. Yang Guangdiao blocked some rays of light with leaves and index fingers on the leaves. The sun sparkled on the leaves and attracted people's eyes. When it fell on the ground, the reflection of the trees was also golden. From a distance, this is a picture. The cold wind blows one's cheek, and two pairs come from the heart. On the road, a group of ducks are wandering on the streets.

The lead is the mother of the duck. The mother of the duck has a slight bend in the neck, forming a good radian, the wings sticking tightly around and the footsteps are smooth. The mother duck followed by several duckling ducklings by twos and threes, some closely followed, for fear of accidentally, it was the mother duck dumped; others went to the front, and a duck quack speaking voice, also very afraid, mother knew; some are probably the first time look around, and looked around, eyes full of curiosity, as well as walk slowly, see to leave far, hurriedly ran forward, but soon left the team. The mother duck duckling turned to look at why, GA, Ma with anger long duck call, the duckling was angry, saw the mother duck consciously wrong, just stand in a row. The duck's mother, Gaga and quack, said to the duckling, "to cross the road, the danger in the road, to be obedient, to walk well." Mother duck on the road, the car stopped, the mother duck to the duckling calls a few, the ducks hurried up. But in a few moments it turned out to be what it was to say, the play. Suddenly, the sound of "flop" was heard, then the scream of "Gaga".

Mother duck immediately looked back and found a few ducks playing on the road, and did not notice the sewer. All the results were dropped. The duckling who fell into the sewer was very embarrassed. The black water made the black fur of the duckling black. They screamed loudly, as if they were saying, "Mom, I am wrong. I should not listen to you, but mom will pull us up." And the mother duck rushed around the sewer, screaming loudly, as if saying, "Hey, you guys are not listening to me. Really, don't talk about you. I don't even know your mother. A minute and a second in the past, the strength of the ducks was somewhat inadequate and the calls were gradually smaller. Mother duck suddenly thought of what, it rushed to the crowd, part and stay here to see the companion, the other part with the mother. Mother duck loudly shouted in the crowd, kept flying wings, wanted to tell people to save their children, but people didn't understand it, but more and more people. At this time, a patrol police said, "let me go and see, this duck seems to be in trouble." The mother of the duck saw someone understand her meaning, turned around and ran down the sewer. The patrols followed the duck's mother to the "accident place". A look at the sewer patrol duckling, people have turned to see light suddenly, people listen to, with a net net, immediately will net out to patrol, patrol immediately with a net the duckling got up. There is little duckling just up the smelly, dirty, estimated in the water for a long time, nag, patrol hit a pot of water, to the duckling dried himself, duckling clean many, body does not stink, but the water is still a drip drip. The mother duck in patrol and the crowd called twice, put the Buddha to say thank you. And then he took the duckling.

The patrol watched the mother duck and the duckling leave, and then returned to their posts. The people dispersed, and the footprints of the ducks remained on the road, sparkling in the sunlight.

Feet, feet, too. Everyone has it. Its greatest function is to walk. Walking in the green field, walking in the vast grassland. Across the galloping River, over the steep peaks. We all can't leave it.

We all have feet, but the way we go is different. Sometimes we stroll, sometimes in a hurry. Have some walking light footsteps sonorous and forceful. Some ground, some light impetuous. No matter how we go, we will leave footprints behind us. This string of footprints record the path we have passed and record the seven colored life we have come out of.

Walking between the earth and the earth, we are going to enjoy the beauty of nature. The ancient language said well: "the map of the five mountains thought that it was better to know the mountain than one of the woodcutter." In nature, the generosity and connotation of nature will be understood. Xu Xiake is not afraid of danger, traveled across the country, many well-known mountains and rivers have left his footprints. Winter to spring, he made an extraordinary masterpiece Geography with ordinary steps; in order to know times Baicao, Li Shizhen gave up a comfortable and peaceful life, sow the human not old, a few degrees walking in between heaven and earth, only the "Compendium of Materia Medica" birth; Marco Polo is the lofty ideals and high aspirations across Asia and Europe, make light of travelling a thousand li. The Gobi desert, snowy forest have nothing to fear. His success once again proved that, as long as the step by step, there is no impossible Road, no impossible to do. Only if we really do it, it will taste the hardships of the road and the joy of harvest.

Is the so-called short step, resulting in thousands of miles. As long as we go down firmly, we will go higher and farther, go out of heaven and earth and go to the universe.

Between the universe, we human beings want to explore the mysteries of space and the origin of the universe. Once upon a time, the universe was so mysterious and unfathomable, only to make people reverie, but unreachable. The immortals there only see in the mythology. The goddess of the moon, we won't ever think Wukong their spells can also free shuttle in the planet now. When Armstrong's left foot was on the moon, the famous footprints realized the human dream. Armstrong has also left a "one small step for man, one giant leap for mankind is the rhetoric. Yang Liwei, Nie Haisheng and Zhai Zhigang have also been into space. In the sky, Zhai Zhigang took the first step of our space career. This step is so gentle and so gentle. And the gentle and gentle behind, more sweat and hardship. Yes, it took us thousands of years to take this step. This step is a powerful proof that as long as we want to, as long as we work unremittingly hard, we can do it.

The vast expanse of space is quiet and beautiful, deep and distant, and her deep mysteries are deeply attracted to us. We have stride a big step, and we have to take a big step. And no matter how far we can go, the foundation is in every day we are now.

Only certain structures to thousands of books, and in ninety thousand. In the grand project, the tall skyscrapers are also covered up a little bit by bit. The road to space is accumulated by us, step by step, and go farther and farther. And then know, and follow the hard. But as long as we have perseverance, we will find a way to suit ourselves. To find a way for us to walk, we must stick to it.

Friends, since we go through the road will leave footprints, then why not leave the footprints more solid, more wonderful.